When is the best time of year to visit Europe?

Europe, while far and expensive, is a place of such beauty that it makes its way into everyone’s list of must-visit places. Luckily, in today’s world we have access to various websites and tools that make budget travel a possibility, hence making a trip to Europe a lot more affordable.

When you’re planning a trip to Europe, one of the first things you need to consider is the timing. When’s the best time to visit Europe? If you’re going to a particular country, at what time will you see it at its best? If you’re on a tight budget, when’s the off season?

In this article we hope to cover that, and more.

The best time to travel to Europe – the shoulder season

If you want a quick and general answer for prelim research, this is it. High-season rates are ridiculous and the crowds will detract from the place’s natural beauty, and during the off-peak most places won’t be worth the money. They’ll either be too cold, too warm, or simply not very beautiful – because let’s get real, the world isn’t always picture-perfect (much as Instagram tells you otherwise).

The shoulder season is the time between the peak and off-peak seasons. Most tourist places (especially natural ones) won’t be at their absolute peak, but they’ll still be fun to visit. The prices won’t be high or low – they’ll be somewhere in between, and if you’re clever you can backpack your way through the continent for very little.

When is the best time to visit Europe? A detailed answer.

Europe is a large continent, and it’s hard to answer with a blanket statement that covers all of it. So, let’s discuss some of the most popular travel destinations in Europe, and the best places to visit each of them: 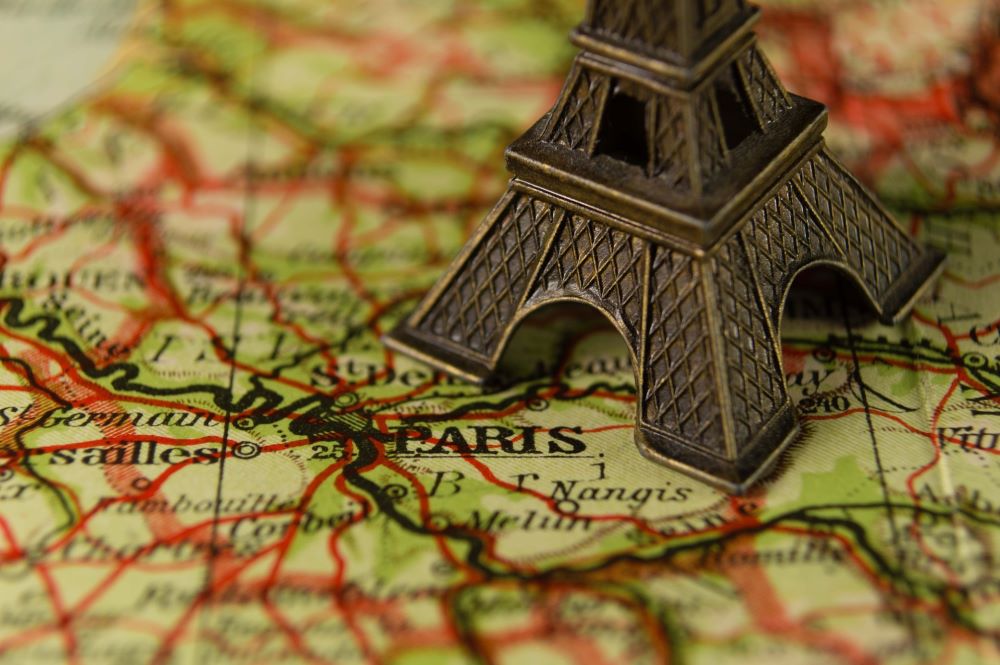 France is the most-visited European country, attracting over 89 million tourists in 2018. Summertime in Paris is beautiful, pleasant, and crowded. If you don’t mind the crowds and expense we’d really recommend the summer – French summers are worth experiencing. The sea is beguiling, and the museums and markets are fun to visit. However, spring and fall are certainly not bad either! We’d advise against visiting France in winter – it seems a lot less lively then although popular spots like Notre-Dame and the Eiffel Tower are still crowded (and the food is just as good).

The second most popular travel destination in Europe (82.8 million tourists yearly), Spain is the country of choice for people looking to enjoy architecture and bask in the sun. Even their winters are warm and sunny! Spanish summers are rather warm, which is good if you’re going to a seaside resort, but not so good if you want to explore cities and museums. Spring, autumn and winter, however, are perfect. Spring is usually high season. If you want to avoid peak season rates and crowds, autumn and wintertime work too. Granada and Barcelona are pretty year-round!

September and October are the best months for a visit to Greece. July and August are too hot (80-90 degrees), and while the winters are pleasant (45-55 degrees), they’re also rainy. For roaming around the country and enjoying the lovely beaches and nightlife, Sep-Oct is ideal. There’s plenty of sun, and since peak season is in June-July, you’ll save some money.

The peak season is in summer, but in our opinion spring and autumn are better times to visit Italy. Unless sun and beaches are the main reasons you’re visiting, Italy’s a lot better during spring. Less crowded, less expensive, milder weather. You’ll appreciate that when you visit tourist attractions like the Tower of Pisa, which are absolutely packed during the summer. Winters in Italy are around (or below) freezing, with rain and snow. It’s beautiful to watch, but the expense isn’t worth it. So, to sum up, if you’re visiting Italy, the best time to go to Europe is right in the middle of May.

Switzerland is one of those places where the “price = quality” philosophy applies well. That is, it’s pricey, and worth it. You can visit the country year-round. Winters are cold (14-39 degrees depending on the altitude), but if you want to go skiing, skating and mountaineering, you’ll have a blast. Summers are cool and pleasant, and the scenery is stunning. Spring is almost too pretty to bear. Just check when the prices are best, and book your tickets. You can never go wrong with Switzerland.

Netherlands has a pleasant oceanic climate, so you can visit year-long. Sometimes summers and winters are a little harsh, but they’re definitely not the norm. If you want to narrow the window down, think April to October. Peak season is in July and August, so anytime around these months would be good. Many people go to Holland to see their tulip fields. The best time to visit Europe for seeing the Dutch tulip fields at their best is halfway into April. They bloom from March-end to May, however. 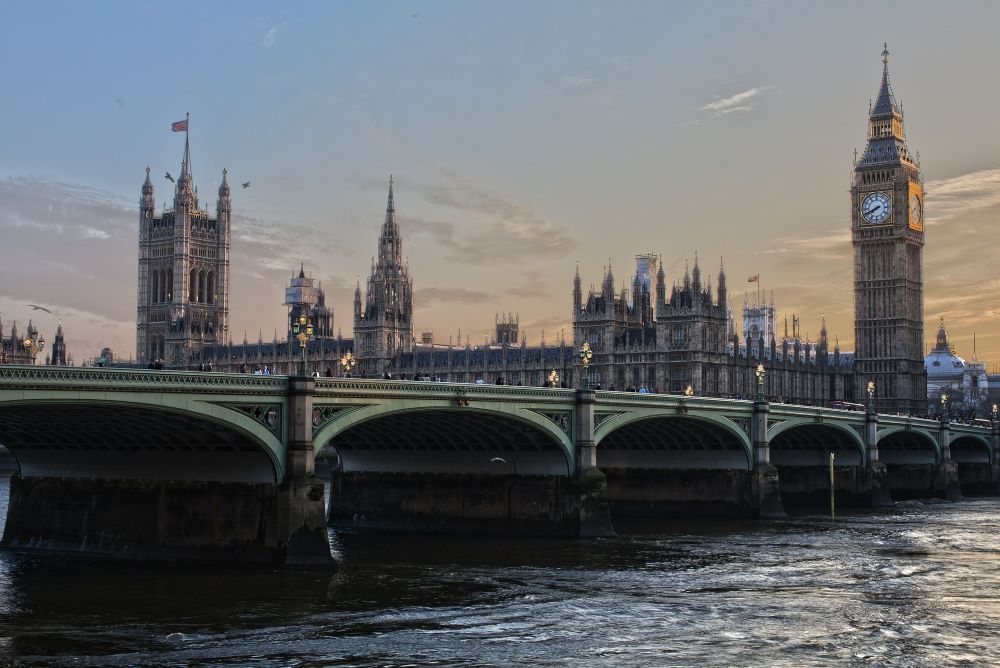 English food may not be popular around the world, but the country’s certainly worth visiting. We’ve covered little-known English cities on our blog, and if you want to visit any of them the best time would be around spring or autumn, when it’s warm and dry – England’s rain can be a real downer, and their summers hot. If you’re on a tight budget, look for plane tickets around Sep-Oct – they’re usually cheaper then. If you like traveling in wintertime, England’s a pretty good place for that too.

Ah, the country of Jerome K. Jerome’s choice! As someone who grew up reading his work, I’ve always wanted to visit Germany. He makes it sound so beautiful. The good news is that it’s still just as good – if not better! Germany can be visited more-or-less year-round, especially if you’re planning on staying near the Black Forest. German winters hover around freezing, so they’re not mild per se. Their summers, however, are gorgeous!

The best month to visit Europe based on weather

When traveling, the weather plays a huge role in the level of enjoyment you obtain. While we’ve discussed weather in terms of when it’s pleasant, we also wanted to list countries with extreme weather. The golden rule of travel is to go to places where the weather is milder than what you’re used to. This way you won’t be uncomfortable, and you’ll find the weather fantastic. Let’s go over some weather extremes in Europe.

Extreme heat: Spain, Greece, and parts of Italy and England can get uncomfortably warm during the summer. You might be surprised to see the last two here, but that’s how it is. UK has seen some blisteringly hot summers of late, with temperatures exceeding 104 degrees F.

Extreme cold: Belarus, Finland, Lithuania, Estonia, Norway and other countries towards the North have bitterly cold winters. It varies from place to place, but temperatures below 25 degrees Fahrenheit aren’t uncommon.

Always pleasant-ish: Netherlands, Germany, Italy, Spain and Portugal have pleasant weather for most of the year. They can be a little uncomfortable in the middle of summer/winter, but they’re generally fail-safe places weather-wise.

Very rainy: If you have lung problems or aches and pains that act up due to rain, you’ll want to avoid parts of England and most of Ireland altogether. Montenegro, Albania and (surprisingly) Norway also make it to the list, with Norway’s western coast getting as much as 3000 mm per year!

This was a simple guide on the best time of year to visit Europe. We hope you found it informative. Stay tuned for more!