One of the main attractions of skiing in Japan, especially for beginners, is the powdery, dry snow which you can enjoy all winter long. Overall, the skiing season in Japan begins from the end of December to March or May depending on where you’ll be skiing.

Besides being known for its legendary Hokkaido skiing, visiting Japan is a culinary delight. From sushi to kobe beef, ramen, jiggly Japanese Cheesecake and so much more, you are in for a treat. You’ll probably find yourself saying, “Oishi,” a lot which means delicious. It’s a good thing you’ll be skiing otherwise you probably wouldn’t fit on your plane seat going back home.

For those that would like to be closer to Tokyo, the Hakuba Valley is a great option to consider. If you need confirmation that it would be a good place to ski, well, the 1998 Winter Olympics was held there. 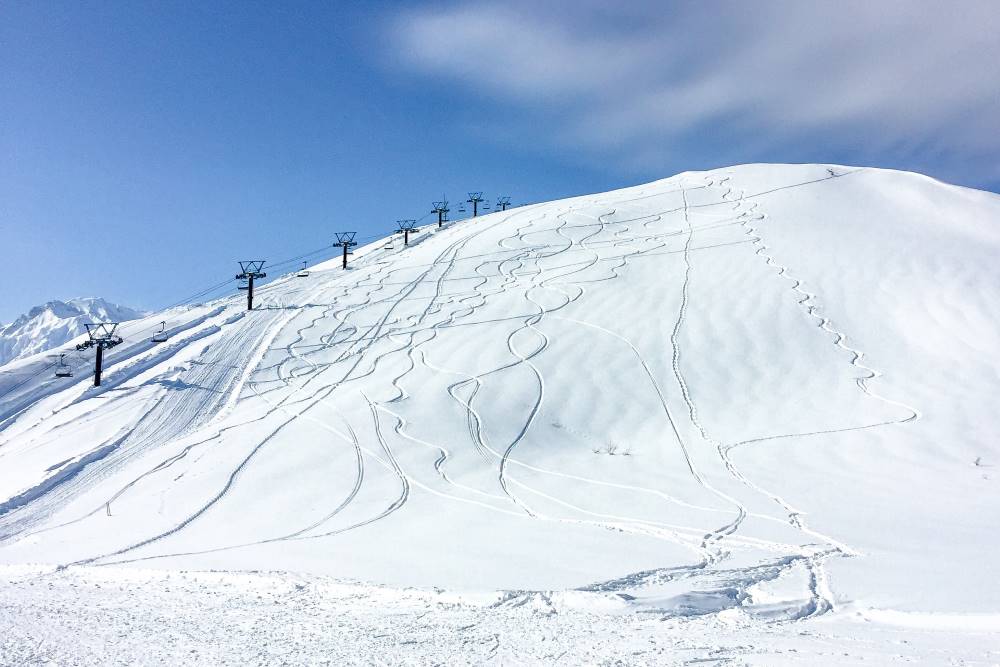 You can get there from Tokyo in about 4 hours connecting with a train and then a shinkansen (bullet train) and finally another train or bus to your resort or you could use a direct shuttle but it’s not the fastest way to get there.

One of the advantages about Japan skiing is you don’t have to haul your luggage with you everywhere. You can use a door-to-door courier service that can transfer your luggage from the airport/ bus stop/ train station to your destination. All you have to do is fill in a form and pay.

The Hakuba Valley has an ample amount of ski resorts for you to choose from. You could also stay at Honshu, which is the biggest island in Japan and it’s close to Tokyo.

One of the more popular locations to ski which is considered to have the best skiing in Japan is a region further from Tokyo known as Rusutsu in Hokkaido. There are other destinations with steep slopes and lots of powdery snow but within Rusutsu you can get it all; resorts, professionalism, deep powdery snow, tree skiing, and if you like to ski off piste, you can do this here.

You can book a flight to Sapporo and then take a bus to Rusustsu.  You can also take a flight to New Chitose Airport and get on a bus to a resort from there. Rusutsu Ski Resort is well designed to accommodate both domestic and foreign tourists. At Rusutsu Ski Resort, you can buy souvenirs, it has a carousel – yes, carousal, places to eat, a rock wall and an indoor pool.

Besides all that, most importantly, they have a skiing school for kids and another for older children and adults. There’s a host of both snow and non-snow activities such as horseback riding, so no one will feel left out if they want to do something other than skiing.

Most of the popular skiing areas, besides having ski resorts, also have a variety of accommodation options such as backpacker hostels, hotels, self-contained apartments, ryokan and much more. 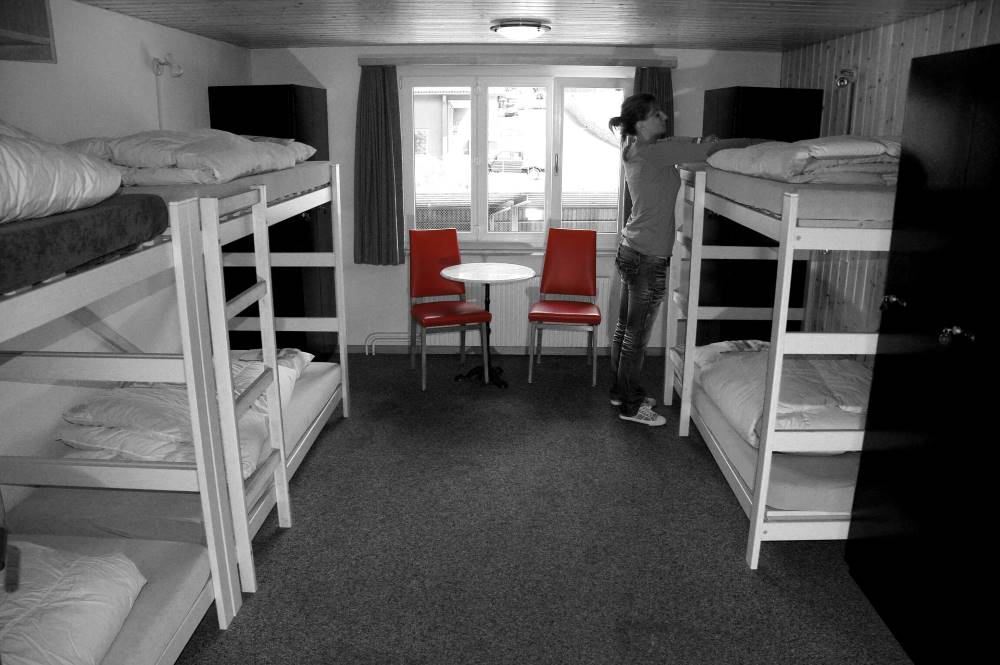 A Ryokan is a traditional Japanese inn and a must visit if you want to experience the Japanese culture and hospitality. The rooms have low tables, cushions instead of chairs and tatami mats and futons to sleep on instead of mattresses and wooden beds.

If you’re not open to sleeping on a futon, inquire ahead as to whether the place you want to stay at has beds and what size.

A cozy hostel room can go for as low as $51 for two people on bed only. This includes wi-fi and a communal kitchen.

The Japanese are a polite people so it’s nice to incorporate polite phrases in your conversation with them. Use phrases like:

For more helpful phrases, you can visit nihongomaster.com

If you’re trying to avoid crowds and get good rates, try traveling to Japan around mid-December. Hokkaido would be one of the best places to visit before Christmas because their winter season starts a bit early compared to other regions. Once it’s Christmas, the slopes are busy since that’s when most countries go on holiday.

Between February and April, the crowds gradually reduce and you can get good deals although a lot of ski schools and ski resorts close towards the end of this period and the snow is not as high as it is during the prime skiing season.

You may want to avoid the Chinese New Year. This takes place somewhere between January and February in accordance with the new moon and that’s when the Japanese ski destinations get flooded with Chinese tourists. This means that accommodation and the skiing rates go up around this period.

January buzzes with Australian tourists because their schools are closed during that time. There’s also the Fire Festival on the 15th of January at Nozawa Onsen. 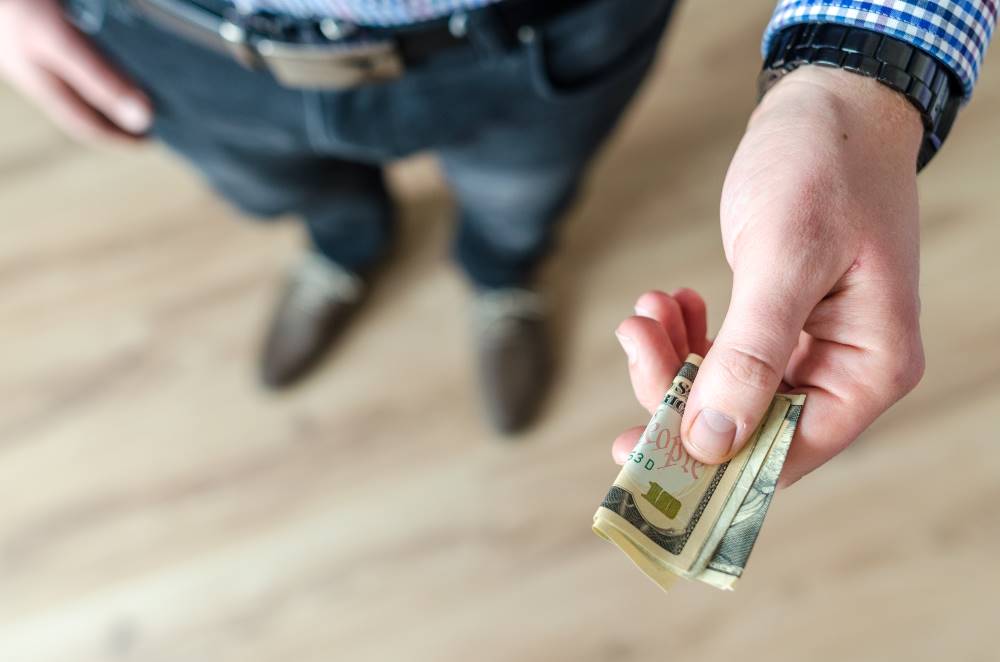 For most restaurants, resorts, ski lifts, etc you will use cash. A few places may accept credit cards but if you don’t want to get frustrated, carry cash. You can get cash at ATMs at convenience stores like 7-Eleven which accept Master Cards and Visa cards or at the airport. Most Japanese bank ATMs will not accept foreign bank cards.

For a lot of foreigners, the thought of stripping bare and getting into a hot spring with strangers would put them off but you’re going to be in a new country with people you don’t know with that feeling of adventure compelling you try out new experiences.

Besides feeling great after bathing in an onsen, they are known to provide health benefits such as relieving pain, boosting your blood circulation and healing your skin.

There are a couple of rules when using a public onsen: