Seattle is a city that caters for any sort of visitor at any time of year, meaning there is no single best time to visit it!

Whether you are a fan of art, music, or sport, this area has something for you to enjoy. There is even something for animal lovers since Seattle is one of the few places in the world that is great for whale watching.

The area sees a fluctuation in visitors between the tourist seasons which are largely dictated by weather. However, each period has its own perks and benefits that could make any of them the best time to visit Seattle!

The best month to visit Seattle can be determined by understanding a few facts. If you want to avoid crowded restaurants, packed hotels, and long lines at tourist attractions, we recommend visiting in May, early June, September, or October. Weather is historically pleasant during these months.

Best Time To Visit Seattle According To The Seasons

High Season (between June and August)

In terms of outdoor recreation, during this time the weather is consistently warm, sunny, and dry, therefore optimizing conditions for local hiking, biking, and boating. Such activities can take place around Mount Rainier, the leafy suburbs of Seattle, or even right in the center of the city.

High Season is the best time to visit Seattle if you are a real foodie or wine connoisseur. Primarily because the city’s biggest food festival, The Bite of Seattle, located under the Space Needle, takes place in mid-July and is not to be missed!

Furthermore, the famous Pike Place Market is in full bloom during high season, complemented by blue skies, making this time of year the best time to see the market, even if it is at its most crowded!

However, if the local fauna is really what draws you to an area, then whale watchers must visit this city! The watching season typically falls between March and October, characterized monthly by different species that pass by the city. In high season, Orcas are the most common, usually spotted any time from May through to September. 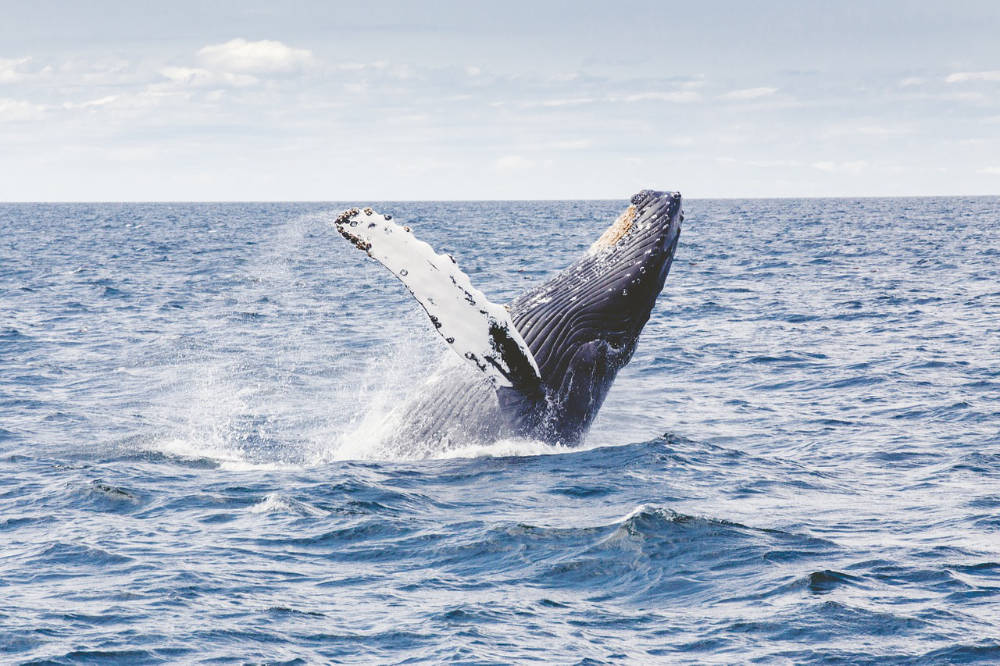 The whale watching season in Seattle Washington typically falls between March and October. However, you may want to plan your trip somewhere in-between May and September to improve your chances of seeing many more whales in the water.

Music fans there is something for you too, as the season of the Seattle Symphony runs most of the year from September through to the middle of June.

Last but not least, visiting Seattle in high season provides awe-inspiring views of Mount Rainier! July and August are considered to be the best months to visit the Mount Rainier National Park; primarily since the snow has melted away and hiking trails are open once again. Visiting in early August has the added bonus of mountain wildflowers being in their peak at this time.

It goes without saying, be prepared for bustling crowds, expensive prices, and some soaring temperatures if you choose to visit in the high season!

Seattle weather in June can be fickle! It kicks off what many feel to be the best time to visit Seattle with a marked change from the rainy to dry season. As the transition takes place, visitors may find themselves subject to summer weather whereby the days are gloriously sunny and warm. In stark contrast, some days may be reminiscent of the winter months, being chilly, damp and gloomy.

Each year, the summer solstice is a major occasion in Seattle that is well worth experiencing! During this time, the sun does not set until nearly 10 pm, yielding long summer days that invite visitors to take part in outdoor recreation!

Shoulder Season (between April and May, as well as September and October)

The shoulder season offers the perfect middle ground between the glorious summer sunshine of the high season and the thinner crowds and cheaper prices of the low season. For this reason, much of the outdoor recreational activities persist throughout September.

However, as September and the high season activities come to an end, the beautiful fall colors of October begin to appear instead, making Mount Rainier a uniquely breathtaking place to visit.

Also, inspiring awe into visitors are the Humpback whales that begin to appear throughout October and November as the city descends into the cooler months.

If you are visiting in the Spring in the earlier shoulder season, the first whales of the year, the gray whales, migrate through Seattle during March and April.

The Skagit Valley Tulip Festival also falls around this time during the month of April. As does the prime blooming season at the Rhododendron Species Garden, which spans from the middle of March through to the middle of May.

The legendary Copper River salmon is also mostly in season during May, as it begins to populate the market stalls and restaurants of Seattle. Foodie fans do not be discouraged if you miss out on this regional specialty, for the Seattle Restaurant Week is held twice a year during April and October, offering unique three-course dinners for major discounts!

Finally, the music scene in Seattle is largely supported by two huge music festivals. The first takes place during the final weekend of May (Memorial Day weekend), called the Northwest Folklife Festival. The other occupies the first weekend of September (Labor Day weekend). Should you narrowly miss out on both occasions, we recommend you stay around until October and attend the Earshot Jazz Festival!

Seattle weather in September is practically summerlike! Although it oversees the transition from high season to shoulder season as the days get shorter, the air has a certain crispness to it which is hard to find at any other time of year. Soaring temperatures, little rainfall and plenty of sunshine, coupled with a significant fall in visitor numbers after Labor Day Weekend can make this the best time to visit Seattle.

Seattle weather in October is characterized by an increase in rainfall and marks the start of the wet season. Although the dry and sunny days that persist at the beginning of the month soon give way to fog, clouds, and damp weather, the cooler ambient temperatures are coupled to the onset of autumn, with the leaves turning to reveal the gorgeous fall colors. Early in October is the best time to visit Seattle if you are looking to view such fall foliage on Mount Rainier.

Nevertheless, do not forget to pack layers and warm clothes as the chilly winter breeze and cool, moist air may linger!

Low Season (between November and March)

Visiting in the low season? No problem! Many consider Seattle to be at its best during this time. The weather makes it the perfect time to visit one of the many galleries, restaurants or museums and truly immerse yourself in the city; all whilst remaining toasty, warm, and dry.

In stark contrast to the summer months, skiing, snowboarding, and snowshoeing are major outdoor recreational activities that take place during this period in proximal mountain areas.

Furthermore, animal lovers can still catch glimpses of the humpback whales in November, as well as the gray whales in March. Visitors can also enjoy nature from the comfort of their car as the road to Paradise through the Mount Rainier National Park remains open all year round despite many other areas and roads closing during that time.

Woodinville, near Seattle, with its restaurants and wine tasting is also best enjoyed at this time of year since the summer months are often packed with tourists. Food lovers should, therefore, try and organize their trip during late March when Taste Washington, a regional food and wine festival, takes place.

Pike Place Market also remains in action during low season, due to the covered stalls which retain the charm without the crowds, donning vibrant flower bouquets all year round!

Low season is, therefore, the best time for flower lovers to visit as the period touches on Spring and sees the city coming into bloom! The University of Washington houses some famous cherry trees which bloom and blossoms during March every year.

Average rainfall: 4.56 inches (although this is significantly higher in November and December at 5.21 inches)

Seattle weather in November is the wettest weather the city experiences all year round. Rain is heavy and winds are blustering. However, try to picture outdoor activities and cheap rates for hotels and traveling, that make for an affordable holiday which still offers a wealth of cultural experiences.

Seattle weather in February remains chilly! However, since the wet month of November, rainfall has begun to subside in favor of dryer days that are just waiting to be filled with outdoor activities! Even if the weather remains windy and grey, this shouldn’t stop visitors from achieving most of the things on their bucket list.

Weather in Seattle in March sees a persistence of the breezy rain that characterizes February. However, in the spirit of Spring, the temperature of the ambient air is at last beginning to creep into double figures! March is sparsely populated with sun-filled, dryer days with the occasional portion of blue sky.

Seattle has something for everyone, housing enough variety that an individual can pick and choose when to visit with great flexibility. Whether you are a nature, music, food or animal lover, Seattle offers something for you all year round!